Whether you call it Workman’s Compensation, Workmen’s Compensation, Workers’ Compensation, Work Comp, or Workers Comp, it is still the same, silent budget killer. Workers’ Compensation is one of the most complex and confusing components of your insurance budget.  Premium audits, experience modification factors, classification codes, reserve reviews, and state regulations & statutes all add to the chaos. The question as to whether your company is being overcharged is not an easy one to answer. Only by working closely with your carrier, third-party administrator (TPA), or your insurance agent can the answer be found.  Contact J&L Risk Management Consultants when you are ready to cut your workers comp costs from premium overcharges, over-reserving, or when you need an expert witness.  We have been in business for  25+  years providing consistent and accurate services.

Errors and overcharges occur in over 50% of all policies.

If you do not understand or have questions on the audit results and the billing, you have the right to have all of your questions answered and to even to initiate a premium audit dispute if you do not agree with the results.

All of the procedures and rules for a premium audit or premium audit dispute are spelled out in your policy.  Time is of the essence in forwarding your dispute to the insurance carrier.  If you do not agree with your premium audit bill,  the worst mistake is to set on the bill and do nothing.

Many insureds have questions about how their claims were handled by the adjuster.  Often times, the adjuster has performed well.  However, there are instances where the claims adjuster did not do their job.

One of the most common errors is to over-reserve the files.  An adjuster usually has to set an initial reserve at 14 days with a final reserve at 60 days after the claim was received by the carrier or Third Party Administrator.  The 14-day reserve usually occurs after benefits are paid or denied on the file.

File performance audits and reserve reviews are part of our Workers Comp Risk Management services.  We provide a holistic view of the process from the time the claim is received until the last premium audit billing is published for that file.  We do not just do premium audits or reserve/performance audits.

Our list of services covers what we do on a daily basis for employers.

J&L Risk Management Consultants, Inc. has the experience and expertise to wade through all of the confusion and help your company reduce its insurance budget.

We have had great success in the past auditing premiums, verifying e-mods & class codes, double checking rates, and helping employers resolve disputes with their carriers. Your money could be in the hands of your insurance carrier. Get workers comp advice now and get that cash back where it belongs.

Our founder James J Moore remains of the pre-eminent workers’ compensation consultants on a national basis.

Many attorneys, carriers, and employers have sought him out to provide expert witness reports; He has provided testimony for cases involving premium audit, ratings, workers compensation Experience Modification Factors, and claims handling.

James recently presented at the AAIMCO annual conference on the subject of finding sources to use in an expert witness practice.

James proffered his opinion in one of the largest class-action lawsuits in the southeastern US in 2013.

Being an expert witness is a hard row to hoe.  Worker’s Comp remains one of the most individualized areas on which to provide an opinion.  Each state supplies its own rules.

Self Insurance covers approximately 15% of the market for worker’s comp.  Self-insureds need to follow their claims much more closely than other types of insurance arrangements.  The claims adjusters spend directly from a self-insured employer’s budget.

A self-insured employer needs to think of their carrier’s claim adjusters as an extension of the employer’s office.  Working directly with the claims staff usually results in the employer having a greater control over their finances.

Self-insureds do not have the buffer that the voluntary market insureds possess in their risk portfolios.   The Experience Modification System provides a buffer of sorts when voluntary market employers have a mega-claim.   The self-insured employer will face the mega-claim with only reinsurance as a backstop for their risk.

Voluntary market insureds benefit from a buffer if a spate of claims occurs during their policy year.  Self-insureds do not benefit from this insuring arrangement.

Once the claims for a certain period reach this limit, the reinsurer steps in pays the claims from that point.  The usual single claim reinsurance level sits at $250,000.

We recommend claims reviews every month using the loss runs.  Online access enhances any claim review.  The employer can review their claims without a formal claims meeting.

Online access allows an insured employer to review their claims whenever they wish to assess their claims.

One caveat from performing a claims review amounts to knowing which claims to pick and which ones to leave alone.  Calling attention to certain claims can hurt reserves.

Setting reserves levels can be more of an art form than a routine task.   We reviewed many analytics software programs over the years.  Not one can accurately assess the level of reserves.

Too many variables exist in a Workers; Compensation claim for analytics to work properly.

Adjusters by the nature of their job are very overloaded.  Adjusters maintain 13 tasks in their jobs.  Any assistance that an employer gives to an adjuster usually results in a lower claims reserve level.

Claims reviews are not easy tasks to perform.  One of the keys to lower worker’s comp costs occurs when the employer takes the time to become interested in their claims.

One of the areas for the change came about as insurance lines became much more specialized over time.   Many companies decided to self-insure their losses instead of paying premiums.  The change led to the Third Party Administrator (TPA) specialization.

Subrogation can be defined as ;  the substitution of one person or group by another in respect of a debt or insurance claim, accompanied by the transfer of any associated rights and duties.

Some collateral damage occurred when the lines of insurance became very specialized.  Our claim reviews show that pursuing the probable responsible third party created a lack of recovery on many files.   Adjusters sent letters sometimes, advising the third party insurance carrier of a possible lien.

Often, the adjuster’s pursuit stopped at that point.  Monitoring the claims that had third party implications requires a diary of its own, and not in the regular claims diary.

Tracking the issuance of the subrogation letter to having the funds (important) credited back to the file caused the need for the insured to create a subrogation diary.   Do not leave “money on the table.”

Insurance carriers and TPAs credit the subrogation monies back to the file in different ways.   For self-insureds, the funds are true cash money.   Make any subrogation files part of your regular work diary if you are self-insured.   Having online access (which I have said is golden) allows an employer to see how the adjuster and possibly claims supervisor treat the subrogation claim.

A regular voluntary market policy (usual coverage) also has an element that makes the tracking of any subrogation claims very important.

If your company has an E-Mod (sometimes call EMR, X-Mod), the recovered funds can be credited back to your Mod in most cases – except for the extra step of making sure your Workers’ Comp carrier credited the subrogation amounts back to the file which usually will lower your X-Mod.

The reduction can be a significant saving or recovery for the next three to four years as the subrogation recovery works through the Mod system. 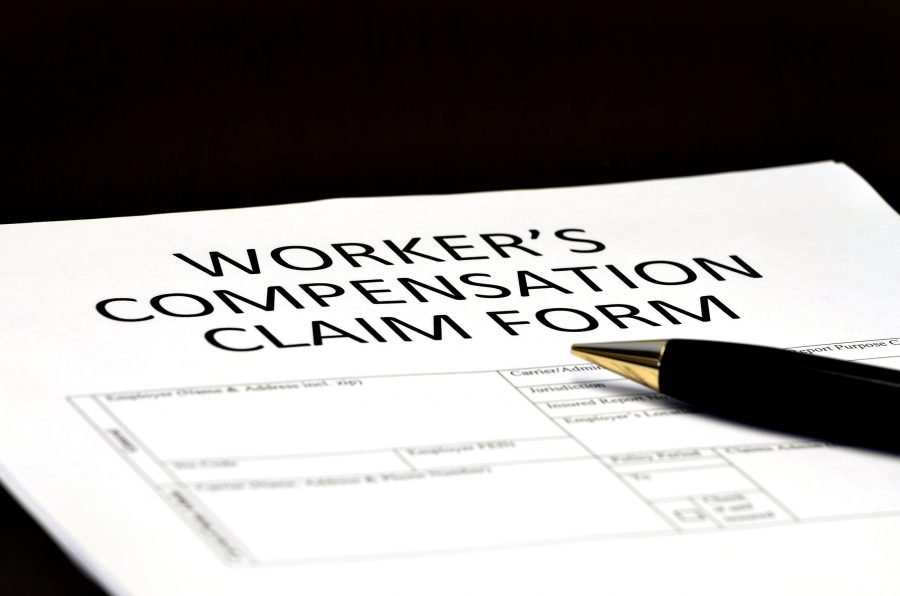 Our founder James Moore speaks to many different groups on the Six Keys.  The keys have varied very little since the 1980s.  The first four keys originated in the late 1980s when James worked as a multi-state workers compensation adjuster.

James added two additional keys in the last 20 years.  The last key – Adoption of the Keys by Management could have been included with the original four keys.  James realized that only a small percentage of employers used the keys to reduce their workers’ compensation expenditures.

James added the Sixth Key to round out what he noticed as the proper way to reduce workers compensation budgets and premium.  Without management’s involvement, the keys end up as dusty manuals on a shelf or an old computer file which had not been accessed for months or years.

The Keys appeared first in one of two manuals that James offered for sale before the Internet and blogging became so popular.  Most of the Keys have been added into the blog over time.  If there was one task that employers needed to accomplish to cut comp costs, James added that key to the list.

According to James, “The main overall key to saving on workers’ comp expenditures is just paying attention to the silent budget killer.”  James added that any employer that turns their attention to payments if self-insured and premiums for voluntary market insureds naturally sees their workers’ compensation budgets shrink over time.

Get The Six Secrets

One of the most useful aspects of our website is an informative blog. We have provided over 2,000 articles to our readers free of charge.

J&L’s blog contains no advertising.  All the articles were written by our founder James J Moore, AIC, MBA, ChFC, ARM.  James’s articles appear in many worker’s compensation websites.  Over the years, many websites republished his articles.

James wrote all the articles except for a few who were added by our OSHA Consultant Glen.  A few guest authors provided very interesting posts.   Some of the other competing websites use paid ghostwriters to supply articles for their blog.

The best way to find what you need is by using the search box on any page of the blog, except this landing page.

The blog and website won many awards for being updated frequently and for the material presented to the readers. If you like an article, click on the category at the bottom of the article.  The category search provides many associated articles.  We revamped our article structure in early 2019.

We currently are working on providing more accurate information on our meta descriptions.  Inaccurate meta descriptions have been the bane of many Google, Bing, and other search engine users.

Workers Comp Medical Inflation Much Lower Than CPI Workers Comp medical inflation does not equal overall inflation. The following numbers surprised me.  I was watching

Favorite Workers Comp App – What Is Yours + My Secret

Your Favorite Workers Comp App? – My Favorite Revealed Over a decade ago, I started writing on my favorite workers comp apps – specifically Android

Workers Comp Knowledge – Can You Pass The Test?