Not too long ago, workers comp recorded statements appeared in every file where the injured worker received any type of weekly comp benefits – a mailed check. 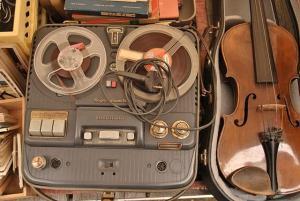 Some of the requirements were:

Written statements were also allowed but they usually ended up being so time-consuming.   When the accident occurred in another state, you could assign an outside firm’s adjuster to take the statement for you if an in-person statement was required.   In-person statements turned out to be much better than over the phone.

Workers comp recorded statements reduced quickly in the 1990’s – as did most other lines of insurance.   The last time I remember recorded states being taken was when I consulted for a health and workers comp insurer.   The statements, though, were too accusatory – a written guide and standards were needed at the time.   This was 1996 – yes, 24 years ago.

Some forward-thinking employers and governmental organizations heavily investigate any type of accident or insurance claim.   I have seen a few written statements taken by these groups.

Now that I consult on files, I never see recorded statements taken by the adjusters.  Yes, the good adjusters still verify the accident with the employer, employee, and medical treatment facility.   Their three-point contact is performed ASAP.   After all, a claim is basically over in 48 hours – check the link.

Many times, when I bring this up at conferences or a presentation with claims or risk management department personnel, some of them have responded with recorded statements being frowned up or illegal in their respective adjusting states.

I usually respond back – then why is a guide for taking written or recorded statements still in your claims adjusting manual provided to adjusters the first day on the job?

If any carriers or TPA’s are still taking workers comp recorded statements, please let me know in the comments section or let me know at the contact us page.   Thanks.