How To Set Up Your Own Bulk Workers’  Comp Claim Settlements 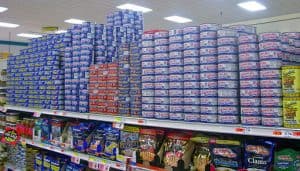 The company had found out that many settlements had one or two sticking points that could easily settle by settling some of the “small things” involved with settlements.   The self-insured retailer called the method bulk Workers’  Comp claim settlements,

Bulk Workers’ Comp settlements started for me in the mid-1980s.   My supervisor was out for the day when I was a claims trainee.   I did not necessarily get along with my claims manager.

At the time, I was an all lines outside adjuster with a heavy claims load for a trainee.  My claims manager decided to cover only Workers’ Comp Claims as I had so many in my claims load.  (Double gulp!!)

One attorney’s name kept popping up in a certain region of my territory in Oklahoma.  Let us call him Attorney Tony.

My claims manager was surprised that the claims supervisor did not share a claims settlement technique that he and my absent supervisor had used very successfully.

My claims manager told me to print every summary sheet with Attorney Tony.  Call him up and go to the city where he practices with all of my claims summary sheets as long as the injured worker were not still drawing benefits.

In the 1980s in Oklahoma, Workers’ Comp settlements with represented clients were settled by Joint Petition.  If the injured workers’ attorney agreed to the settlement, the Oklahoma Workers’ Comp Commission Courts would approve it.

My claims manager also informed me not to buy the claimaint attorney’s lunch and do not let him buy mine – separate checks to avoid any appearance of a conflict of interest.

Attorney Tony was bilingual and had a large number of Spanish- speaking clients in this particular mid-sized Oklahoma town.   I pulled 18 files where his client was finished drawing weekly (Temporary Total or Temporary Partial) disability benefits.

I circled back to my claims manager that day and said – wait, I do not have Independent Medical Exams (IME”s) for ratings for all the 18 injured workers.  My claims manager said to go to the meetings, raised my settlement authority, and I was to call him, not my supervisor, if I went over my new temporary authority amount.   (Triple Gulp!!!)

I called Attorney Tony, and he agreed to meet me at a restaurant with large tables.  I think it was a steak restaurant.

We met in person the next week with my 18 claims summaries.  I thought – how will I settle these without IME’s.  My bulk workers’ comp settlements had begun in earnest.

Attorney Tony came with no notes.  He knew all of the files by heart – impressive.  He shook my hand and said – “Look, we can spend months with me sending my clients to his usual IME physicians and I could do the same, or we can settle all 18 files today. – What?

Oklahoma allowed PPD Rating stipulations at that time.  I liked the security of an IME to back me up, so I was very hesitant.

We went through the files one by one.  Attorney Tony said Ok, so for Mrs. Jones, I can get an IME of 15% to the body (45 weeks of benefits), and you can probably get a )0% (no weeks of benefit)s.  Quite a few of these were non-surgical so Attorney Tony said he would stipulate that I had 0% ratings on all of them and then we discussed what rating that I would stipulate to settle and close the file by averaging the ratings.

We covered 14 files in this manner.  That left four files with posts-surgical  PPD considerations.  The four had ratings from the treating Doctor.

I had to stipulate to higher ratings, and he stipulated to the treating physician ratings or something along those lines.   We hashed those out over the rest of the two-hour lunch.

Wow, 18 files settled by using a bulk workers’ comp settlement technique first given to me by my claims manager.

Still yet today, I think that my claims manager had given Attorney a heads-up call that a claims trainee had a stack of files to settle and not to take advantage of my newness.

When I returned to the office the next day, my claims manager called me into his office and asked me how it went with Attorney Tony.   I informed him all 18 files settled with only four having to be hashed out more heavily.

My claims manager said that we save three to four months and 36 IMEs on those 18 files.

I could not even remember what I had for lunch; I was so nervous.  My claims assistant had to type up 18 Joint Petitions.  They were not happy as they did take some time to produce for the Court.    The carrier had to type them up, not the claimant attorney.

After that interesting lunch, Attorney Tony and I would settle files over the phone using the same workers’ comp claims bulk settlement technique.