Having Workers’ Compensation online access creates $85,000 subrogation claims missed earlier by the insured.  How did this occur? 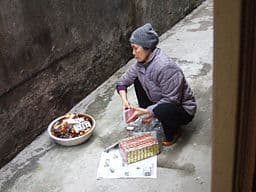 I review claims for many companies as part of J&L’s services.   Recently, a new agency account asked me to review their claims and make E-Mod predictions for their client’s budgets.

The insurance agency had the tough task of asking each carrier for online access.  I usually require online access so that I do not miss anything.  The following example stands out why online access = premium $$$ saved for employers.

I accidentally came across a closed claim where no attempted subrogation recoveries were attempted by the adjuster.  The file reflected 100% liability by the driver of another vehicle involved in an auto accident.   Why was the file closed without pursuing subrogation?

The adjuster notes subrogation possibilities on the file.  The file settled for approximately $85,000 in total payouts.   Would the Workers Comp file receive all of the $85,000  paid on the claim?

Receiving all $85,000 back as part of an auto liability claim rarely, if ever, happens in Workers’ Compensation.   As the old saying goes, “It never hurts to ask.”   Subrogation funds left to sit on a file means one of three things – the adjuster  was:

Please note – I am, and no one should place blame on the claims adjuster.  The supervisor or manager should have caught this as the file authority levels reached beyond the adjuster’s reserve authority.  In other words, the file had to pass across a few more desks than just the adjuster’s review.

The claim occurred in Rhode Island – The Ocean State.   Some states eliminate or severely limit a workers’ comp insurer from pursuing any possible responsible third parties.   Rhode Island has a case on the books where there was an anti-subrogation angle.  The case does not likely apply to this situation.

If an employer or anyone has workers compensation online access to the files, the answer usually appears in the file very early during the initial investigation.  Claims staffs discover subrogation at the outset of the claim.

The first report of injury usually has the subrogation information included.  Always ask for a copy of the police report on any auto accidents.

Check out my recent article on what the claim adjuster’s action plan reveals concerning a claim.   The usual claims action plan covers:

The list above covers the overall plan.  My recent article covers many questions that an action plan answers very quickly.   Still yet, Workers Compensation online access allows the employer to team with the claims staff on the claim.  Online access also cuts down on calls and emails on the status of a claim.

The claims adjuster will often cut and paste their action plan and status and email to the employer.  Why waste the adjuster’s time when they could be working on your files?

As I have said often, a claims adjuster works on a file for a limited amount of time.  Why have them spending time cutting, pasting, and emailing what shows in the file login screens if you have workers’ compensation online access?