Early in my career, my insurance company employer sent me to what was a whirlwind of legal terms and concepts known as subrogation.   I took notes until my arm cramped with pain as I know this was important information.  The notebook full of notes became two terms that I coined and copyrighted the Ladder of Insurance (c) and Workers Comp Ladder of Insurance (c).

The two terms seem similar.  They are very similar in some respects but differ in others.    I had originally coined the Decision Tree of Insurance Liabilities (c).  That term sounded too convoluted.   Let us look at the Work Comp term now.

A phone call came in two days ago.  Many times,  J&L is mistaken for an insurance agency.  We are not agents.   We receive these calls more often now that entrepreneurs.  The caller – a painting company – requested a policy where the owner is the only person insured under the policy and then he would be excepted out as owner.

These are called ghost policies.  Some states have outlawed their use.   We receive at least 30 calls a year from company owners that have these types of policies.  One of two incidents have occurred – either (or both):

Let us center in on #1 of the two.   By the way, how prevalent is this situation?  Check out this older article that pointed out 30,000+ companies with no workers comp insurance operating in North Carolina 10 years ago.  (Yes, 30,000)

Workers Comp Ladder of Insurance and The Court Systems

Self-insured should take notice of this concept – self-insurance counts as a policy of insurance.

Certs Become Critical – Yet May Be Worthless

Certs or Certificates of Insurance show who is insured by which insurance carrier.   We had a client where this situation occurred – the main contractor was given a cert by the subcontractor that was canceled after the contractor/subcontractor contract was signed.

The carrier denied the claim originally – the Workers Comp Commission ruled the client’s carrier owed benefits, so now the carrier requested premium to cover all the client’s subcontractors – even for the ones with valid certificates of insurance.

The easiest way to avoid this situation can be found at the previous Certificates of Insurance link above.

The California Assembly Bill 5 (also known as AB 5) article published by me this week generated the most phone calls and emails on an article in months. 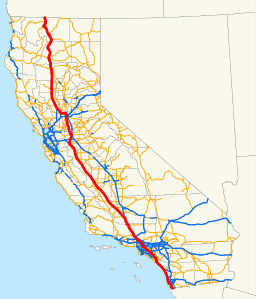 Some of the forward-thinking employers and entrepreneurs were not directly affected by California Assembly Bill 5.   Their companies were located in other states.   Their concern originated with my statement 10 years ago that I included in the recent article.  <<<Check out that article here.

The statement – what happens in California may be coming to a state near you – raised many questions within the general employer community on who was an independent contractor and who is an employee.

The IRS categorizes workers as:

If you had thought only two employee categories of workers exist, you might want to check out the definitions of each type.   I will be updating my IRS subcontractor page analysis next week with a new article.  The IRS always provides a plethora of information on taxes on their website.

Wait, do you organize your employees and contractors on a spreadsheet for the premium audit?  If not, an employer should immediately start that project when the notice of premium audit letter arrives with a proposed date of audit.

Organization and neatness count tremendously during any audit (premium, tax, unemployment, etc.).   Excel(r) can be your best friend.

The California Assembly Bill 5 was a codification of the Dynamex court decision that added in one major concern that had previously  not been considered:

Is the worker an integral part of your business?    Google defines the word integral as:

The chain of events was:

Please remember we/I are not attorneys or agents, so you may wish to consult with your agent and attorney on your compliance with California Assembly Bill 5.