In 2006, the buzzword (flavor) of the year pointed out that a 24 hour Workers Comp and Health Insurance policy answered the round-the-clock coverage concerns. 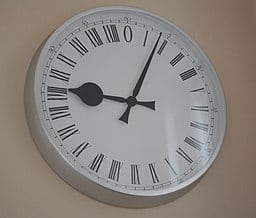 The California Carpenters Union/Association initiated a carve-out program that looked attractive.  That concept quickly progressed to the rear-view mirror and then became a faded memory.

In one word, technology should push the combo policies over the line.  Every time I write an article  that covers combining Workers Comp with health, I receive many emails saying. “Oh wait, we have that program, and it is working.”

Unfortunately, after each of the programs failed, I wrote an article on those specific failures.  The 800 pound pumpkin (Halloween reference) in the room says “The Law of Large Numbers” will eat the program like a Thanksgiving pumpkin pie with whip cream, of course.

The Law of Large Numbers says that if you do not have enough membership, policyholders, self-insureds, etc. – absorbing the risk of paying claims becomes too burdensome.   E-Mods, X-Mods, Mods, EMR (all the same thing) have built this concept into their employer ratings since the 1930s.

Smaller insureds pay more per unit of coverage than larger ones.  Why?  Because two claims to a mega-company will be a small blip on the radar.  A roofer with 20 employees cannot pay enough premiums to cover the company’s amount of risk like a larger company.

Is it all fair?  The Workers Comp infrastructure was essentially built on the law of large numbers assumption.

I found a few apps that allowed a business owner to request a quote on my Android smartphone.   A client was searching for a new policy.  I  gave one of the apps a try to see if I could receive a Workers’ Comp quote within a few minutes.

Yes, I spent 90 seconds online and had a quote in front of me.  I am not an agent.  The app hooks into an agency that has no human intervention – kind of scary yet exciting.

If I could receive a quote from a non-human agency from a carrier in 90 seconds, one would have a very difficult time questioning whether or not a health and worker’s comp policy could be connected.

The Google search did not produce a website that creates the 90 second quote policies.  Why – because all the other agencies have taken over and dominated the keyword search of 90 second policy quotes.   The big online agencies know a good marketing segment when they see it.

One of the speakers from Chicago covered a model that combines Workers’ Comp and health insurance.  The RRG still exists today.  Due to privacy concerns, I will not mention the RRG by name as they had requested at the conference.

According to the Risk Retention Reporter . an RRG is:

A liability insurance company that is owned by its members. Under the Liability Risk Retention Act (LRRA), RRGs must be domiciled in a state. Once licensed by its state of domicile, an RRG can insure members in all states. Because the LRRA is a federal law, it preempts state regulation, making it much easier for RRGs to operate nationally. As insurance companies, RRGs retain risk.

A few years ago, many articles appeared on this blog concerning how the Affordable Care Act could easily blend in with Workers’ Comp coverage.

The AFLAC model of benefits would be the best way to describe what the program would possibly look like for employers and carriers.

The Affordable Care Act faded into the rearview mirror – not exactly.   The program exists in at least 10 states today,  including our HQ state of North Carolina.

As with any new line of policies, many unique challenges occur with 24 hour workers comp and health coverages.

One of the main challenges actuaries and underwriters would face comes from how would you price and affix risk to an all day and all night coverage.  What happens if the employee travels over the water (USL&H?) or internationally?  The complex nature of the policies necessitates combining two coverages that could mix like oil and water.

What would the claims staff look like overall?  How would you investigate compensability?  How would the states respond if an Occ Acc policy substituted coverage for Workers Comp?

I have adjusted Occ Acc (Occupational Accident) policies for offshore captives.  Applying a Work Comp investigation to those claims caused  great concern as the policies were “taking all comers” and “paying for all accidents.”   Denial of a claim became a tenuous position to take with what was a disability policy, not a Workers Comp policy and coverage.

The most effective way to combine health care and Workers Comp comes from employers in a state demanding change of the status quo.  Until then, a 24 hour workers comp and health insurance policy will still be in the rearview mirror.

The subject of Work Comp Combined Ratio seems to be appearing more in the insurance press lately.   I was unable to attend the NCCI Annual Issues Symposium.  However, I did make it to their data conference in March of this year.

One of the better definitions of the Combined Ratio can be found here.

The combined ratio is calculated by taking the sum of incurred losses and expenses and then dividing them by earned premium. The ratio is typically expressed as a percentage. A ratio below 100% indicates that the company is making underwriting profit while a ratio above 100% means that it is paying out more money in claims that it is receiving from premiums. Even if the combined ratio is above 100%, a company can potentially still make a profit, because the ratio does not include the income received from investments.

The Work Comp combined ratio for all insurance carriers for 2014 was 98%.  When a carrier is able to write WC insurance at some type of profit, this ensures a healthier market.   According to the NCCI State Of The Line -see Slide 13 from the presentation –  the Combined Ratio = (Loss + Loss Adjustment Expenses + Underwriting Expense + Dividends) / Earned Premium.

Insurers like to see that they do not have to rely on investment earnings to cover all the expenses of writing WC.  Operational efficiency is a C-level buzzword that refers to the Combined Ratio.

The last time that a Combined Ratio came in under 1.0 was in 2006.   The ratio that year was 93%.   One has to remember that NCCI does not cover all states.   They do cover just less than 40 states.    This is a large enough percentage to reflect most, but not all of the WC market.

You may want to peruse all of the slides in the presentation.   NCCI always performs a great job when it comes to PowerPoint slides.

California has not been below 100% on their  Work Comp Combined Ratio since 2007.  However 2014 had shown a great improvement.   Check out the WCIRB Analysis here and then go to Exhibit 6 to see California’s  combined ratio for the last few years.   The 2014 year’s ratio was 105%.

The nightmarish years for California’s Combined Ratio was in the 1990’s when it exceeded 150%.   The State Fund ended up with almost the whole market due to such heavy underwriting losses.

Employee misclassification occurs when an employer wrongly classifies what would be a true employee as a contractor or sub-contractor.   The IRS publishes many guides on how an employee should be classified (employee vs. contractor vs. statutory employee, etc.).  The IRS guides may not fit every situation as there may be state-specific guidelines.  The IRS guides are more of  a “rule of thumb.”

There are ways to make sure that an insurance carrier premium auditor realizes that you do have contractors that are not covered under an employer’s insurance policy for Workers Compensation.  That info will be covered tomorrow.

Employee misclassification (contractors vs. employees) can carry with it very severe penalties.  Not only are employers that have non-covered employees not paying their fair share of their Workers Comp, they are also not paying the proper taxes.  Many states have locked down on this situation.   Additional enforcement will occur as state and federal agencies share more databases.

North Carolina, our HQ state, had a very severe problem of employers not covering their employees with WC.  The state had over 30,000 employers that did not have the proper WC coverage.

West Virginia increased their enforcement of non-covered employers by posting signs at the businesses informing the public of the business not having coverage.   I actually had seen one of the signs on a business trip to WV a few years ago.

Term Of the Day – Case Management

Case Management in the Workers Comp arena used to mean rehabilitation nurses or vocational experts that aid the injured employee in his/her medical care and return to work.

Case Management now seems to have become a buzzword that can actually mean anything from an adjusters to work to the medical bill review department.

This is from some older literature when case management meant health management in Workers Comp. Case Managers are usually RN’s, but not always. Their responsibilities are:

A Vocational Case Manager is totally different. Their services include:

There are some case managers that are both a medical case manager and/or a vocational case manager. I have seen few, if any, that combine both disciplines.
©J&L Risk Management Inc Copyright Notice