Coronavirus return to work issues will become the buzzword phrase in Workers Comp over the next few months (rightfully so).   Any references to a return to work mean all employees except for #9 below. 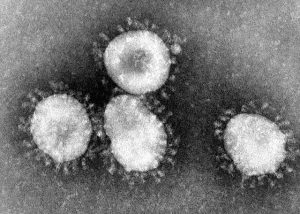 This complete list may not apply to your company whether you are an insurance agency, claims department, employer, safety and risk manager, etc.

Please do not consider any of the recommendations as legal advice only as a checklist for a coronavirus return to work for your employees.

The accident curve measures the accident rate lessening per unit of  work time.   The concept has been debated over time.   A search far and wide located a 1916 text that actually addressed this issue very well.  Please see the last two sets of bullet points below.    The picture is of Hurricane Isabel.

I performed an informal study on the accident rates of claims that I was handling post-Hurricane Hugo.   After two months, the claim numbers spiked and then returned to normal.   Most of the injured workers were new to the construction industry.  They were involved with the hurricane recovery efforts for many months.

We have all heard the expression “90% of the accidents occur the first time someone uses a tool/machine” or the first time a person performs a completely new task.   Hendersons law is:

A few classes I attended to complete my actuarial degree covered the learning curve heavily.   The application centered around production.  Safety did not seem to be an issue.   However, the learning curve is a the crux of a safe workplace.    Hands-on training reduces workers comp accidents or their severity by exposing the workers to a learning curve with a person or persons that have long since handled the type of  new task.

The actual formula uses  logarithms to estimated the time it will take someone to complete the task.  A very astute scientist derived an accident curve from the formula.   However, they derived the accident curve from actual hands-on measurement in manufacturing plants.    You will need to refer to the bottom page 127 of this old but still relevant text.   The text is included below justifying the accident curve consideration.   The studies were conducted on very heavy labor iron and steel plants.

ACCIDENTS AND INEXPERIENCE THE HIGH RISK OF BEGINNERS

It is generally recognized that inexperience is one of the most important elements in the causation of industrial accidents. What has not been sufficiently realized is the close parallelism of the rates of accidents and of inexperience.  The industrial risks of beginners have been shown to be high Interesting testimony on this subject is given in the iron and steel report already quoted.

A table giving the incidence of accidents to press hands beginning work on the machine shows that on the first day of employment:

One can presume the figures indicate a six-month employee is 100 times less likely to have an accident as the first day employee.

Another table covering longer periods of employment shows the accident frequency rates per 1,000 workers at a steel plant falling from the exceedingly high rate of

The book did not mention the level of training in these cases.   One would have to guess that it was strictly on-the-job-training.    I was going to construct a few graphs but the numbers speak for themselves.

I would love to dig into this further, but I have to get this article proofread, published and then publish a weekly newsletter.

The economic recovery may happen soon – or then again possibly not for a long time.  One of the most ignored equations or proved theories is the Learning Curve.  In my actuarial degree, this was one of the glossed over management equations that should have been held up to the light, in my humble opinion.

One of the banes of Risk Mangers and Safety Officers is when employees use a machine or performs a process for the first time.  The likelihood of injury spikes off the charts for that first time.  These injures (some fatal) often occur in the same manner as riding a bicycle.   I still have skinned knee scars from the first time I rode a motorcycle.

The safety and risk related learning curve is not very easy to find.  Every resource on it refers to how fast an assembly line will speed up over time with a set of new workers.  The Boston Consulting Group came up with the learning curve in an academic form.  Ford Motor Company had applied the learning curve to Model T production.

I used to call it the Hurricane Hugo phenomenon.  Many workers (some very inexperienced) came into the Charleston and Low Country part of South Carolina in 1989.  Construction companies hired employees by the busload.  The need for very rapid reconstruction of many island homes was at critical mass.

The first reports of injury from construction related businesses in Charleston spiked for approximately three months.  Most of the first reports indicated the injuries occurred with new construction employees at an alarming rate.  Chainsaw and lumber saw injuries – most very severe- were very common.   Check out degloving hand injuries to see one of the more common saw injuries.

I usually do not use Wikipedia as a source.  The learning curve that resembles the reduction of injuries per person-hours is best shown here.   These curves are actually unit cost per level of production, but with a little imagination, one can see the same effect.

What can a safety or risk manager do to combat an almost uncontrolled phenomenon?  One method may be to remember that even a very experienced employee may still have the learning curve effect if they have been out of work for quite a long time.