A recent physical therapy study proves what we have been saying for over 30+ years. 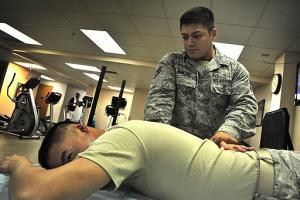 Two of the most-read read articles on this website consist of articles on therapy in general.   I did not think about why they were popular.  Two covered physical therapists while the other covered occupational therapy.

Those three articles are:

The second article was my experience with a tough but great physical therapist when I crushed the bones in my left wrist (ouch!).   My recovery turned out excellent with full use of my left wrist – no surgery to place pins in my wrists.

The physical therapist started aggressively exercising my wrist right out of the cast.  My hand swelled the first few times then the therapy started to really help me with my injury.

My experience with therapy agrees totally with the recent WCRI study – early use of physical therapy saves costs.   One needs to remember that the physical therapist will be the medical provider the injured workers see the most for treatment.

Any adjuster or insurance carrier/TPA medical bill payer will tell you that other than prescriptions, physical therapists produce more bills than almost any provider.

I used to look at that aspect as a burden on making sure the therapist did not exceed the treating physician’s prescription or the maximum number of treatments allowed under the state Workers Comp rules.

I was keeping tabs on the Keys To Workers Comp Savings.  The savings provided by using physical therapy early was drowned out by the number of bills received from the therapist or clinic.

The bottom line – the number of billings were generated because therapists see the injured worker more often than any other medical provider.

The study can be found here for purchase.

Some of the highlights are:  my comments in italics

The two previous paragraphs mean the study was comprehensive.