Workers Compensation Guides by WCRI (Workers Compensation Research Institute) were released in October.  The ones that caught my eye were the two below.   The Benchmark study can be broken up by state if you do not wish to download the report for all 18 states. 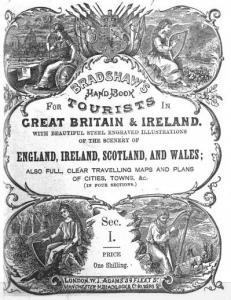 The second guide on state prescription rules and laws is very reasonably priced for what you receive in the download.  The guide covers all 50 states as of January 1 of this year.   It is to be considered a snapshot of the regulations at the first of 2018,

The following are sample findings for some of the study states:  “My comments are in quotes.” 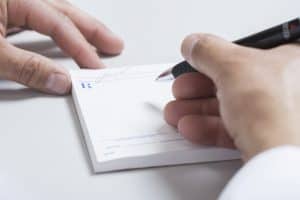 In early October, the WCRI released a new report that gathers in one place the numerous state regulations affecting prescription drugs in all 50 states, including those for injured workers.

The report, Workers’ Compensation Prescription Drug Regulations: A National Inventory, 2018, also provides information on some of the most prominent prescription drug issues stakeholders are concerned about in 2018, such as the following:

The tables in this report were compiled from completed surveys of two agencies for each of the 50 states and the District of Columbia. S

The report was authored by Karen Rothkin. For more information about this inventory or to purchase a copy, visit https://www.wcrinet.org/reports/workers-compensation-prescription-drug-regulations-a-national-inventory-201.

Please note that we receive no monies from WCRI to mention their publications.  We publish them in the newsletter as they are superior workers compensation guides.

The Work Comp outpatient hospital charges for even a minor procedure have become very expensive over the last 10 years. The Workers Compensation Research Institute (WCRI) released a study today which indicates great variability between states and with the Medicare reimbursement schedules.

Dr. Olesya Fomenko,  economist for WCRI co-authored the study.    I have talked with her each year on different subjects at the WCRI Annual Conference in Boston.  “According to Dr. Fomenko,  “This report found that hospital outpatient payments per surgical episode varied significantly across states, ranging from 69 percent below the study-state median in New York to 142 percent above the study-state median in Alabama in 2014,”

One of the surprising areas was Alabama coming in at such a high rate in what I had thought was a  lower-cost state for Workers Compensation premiums.

The 33 state study agreed with NCCI and what I have been saying for many years.   Strictly fee schedule states are the lowest cost states for medical services including work comp outpatient hospital charges.   Even the old stalwart, Virginia will now have a fee schedule in 2018.

The following are some major findings from the study:

To purchase this study, visit http://www.wcrinet.org/studies/public/books/hci_5_book.html.

The Work Comp Laws for all 50 states and Canada used to be provided by the US Chamber of Commerce.   I remember their manual as always being slightly out of date.   However, it was a great summary to have on hand if you were handling or administering over a claims volume with multi-jurisdictions.

I have always made the recommendation to multi-state employers (including trucking companies) to have a handy copy of the Work Comp laws for all 50 states.   One reason is that the WALSH jurisdictional test may place an employee’s WC claim in an unexpected state.

The Workers Compensation Research Institute (WCRI)  and the International Association of Industrial Accident Boards and Commissions (IAIABC)  Work Comp Laws and Rules covers 98 pages with 16 tables.   The two organizations have done a bang-up job on the manual.  The manual was last updated January 1, 2016.

This is one of my favorite publications produced by the WCRI.

The 16 tables covered are:

““In Canada and the United States, workers’ compensation is under the control of state and province legislative bodies and administrative agencies,” said Ramona Tanabe, WCRI’s executive vice president and counsel. “This survey provides the ability to understand the subtle differences between jurisdictions.”

You may purchase the manual here for a nominal fee.  This will be one of my go to reference sources for Work Comp Laws.

Medical costs have almost become runaway when compared to indemnity costs in most Workers Compensation claims.   State legislatures have become accustomed to tweaking or even overhauling fee schedules and other medical components.  Many states have attempted to reign in costs without much of an effect.

“This study provides a basic understanding of the cost containment initiatives adopted in 51 jurisdictions and provides additional references for those who want more detail,” said Ramona Tanabe, author of the report and WCRI’s executive vice president and counsel.
According to the study, medical cost containment became a focus for many states in the early 1990s when the medical portion of the workers’ compensation benefit dollar began to grow more quickly than other claim costs. This led to growth in the adoption and variety of cost containment initiatives since the 1990s.

I would have to agree with that assessment.  Indemnity cost containment was on the front burner in the 1980’s when I began my insurance career.  Medical cost containment was still on the back burner until the mid-1990’s.
The inventory includes tables of statutory provisions, administrative rules, and administrative procedures used by states as of January 1, 2015. Medical cost containment initiatives include price management methods, such as fee schedules and utilization management (e.g., utilization review or medical networks).
The initiatives outlined in the study aim to curb the cost of a particular service or to reduce the amount of services provided. Cost containment regulatory initiatives entail a balancing act of limiting the cost of services and inappropriate or unnecessary treatment without negatively affecting the quality of treatment or access to care for injured workers.

For more information on this study or to purchase it, click on the following link: http://www.wcrinet.org/result/MCC_2015_result.html.