Home » Payroll » Workers Comp Wages – How Much Is A Rhode Island Red Worth?

Workers Comp Wages – How Much Is A Rhode Island Red Worth?

In the early 1990s, I came across a claim in a peer review where one of the strangest questions was asked by an adjuster.  Is livestock considered workers comp wages and how do I price them? 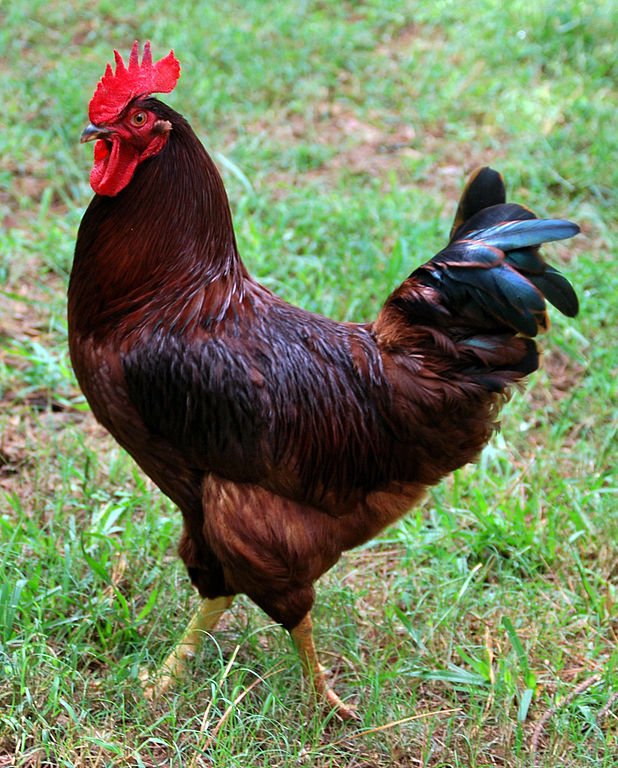 The carrier and insured will remain nameless for privacy reasons.

The insured never valued the chickens previously.   This is where the conundrum started – if the chickens were not counted as taxable wages, then why include them on a workers comp wage statement?

The easy way was to value the chickens at the price that the farm sold them to chicken processors later.  That number would not work because the injured farm worker kept them as breeding stock and did not sell them.  (complication).

In the 1990s, one could not Google the price of Rhode Island Reds as in this link.  The price looks to be $15 per chicken out of easter North Carolina.  We needed to price these by calling the farms in the area and asking how much the chickens were worth.   The claim’s jurisdiction was North Carolina.

Another round of calls valued these at $28 each.

The part of the workers comp wages used for benefits was figured on the usual formula:

Those are non-taxable benefits.

Workers Comp Remuneration is the term used by premium auditors.  The list of remuneration included for the above claim would be (From the North Carolina Basic Manual)

For purposes of this manual, the terms “payroll” and “remuneration” mean money or substitutes for money.

b.  Total pay received by an employee for commissions and draws against commissions.

d.  Extra pay for overtime work except as provided in Rule 2-C-2.

e.  Pay for holidays, sick leave, or vacations.  See Rule 2-G-3 for allocation of payroll for employees subject to more than one classification code.

f.  Employer payments withheld from employees to meet statutory obligations for insurance and/or pension plans, such as the Federal Social Security Act or Medicare.

g.  Payment to employees on any basis other than time worked, such as piecework, profit sharing, or incentive plans.

h.  (RESERVED FOR FUTURE USE)

i.  The rental value of a house or apartment provided to an employee based on comparable accommodations.

j.  The value of lodging, other than an apartment or house, received by an employee as part of their pay as shown in the insured’s records.

k.  The value of meals received by employees as part of their pay as shown in the insured’s records.

l.  The value of store certificates, credits, merchandise, or any other substitute for money received by employees as part of their pay.

p.  Expense reimbursements to employees if the employer’s records do not confirm that the expense was incurred as a valid business expense. Refer to Rule 2-B-2-h for contractual allowable travel expenses.

Exception:
When it can be verified that the employee was away from home overnight on business for the employer, but no verifiable receipts for incurred expenses have been retained, a reasonable expense allowance, also known as a per diem, is permitted to be excluded.  The allowance is limited to a maximum of $75 per day.  The remaining non-verifiable expenses are included as payroll.

q.  Payment for filming commercials for the insured, excluding subsequent residuals that are earned by the commercial’s participant(s) each time the commercial appears in any type of media.

a.  Tips or other gratuities received by employees.

b.  Group insurance or group pension payments made by an employer for employees, other than those covered by Rule 2-B-1-f and Rule 2-B-1-m.

c.  Payments by an employer into third-party trusts for the Davis-Bacon Act or similar prevailing wage laws, provided the pension trust is qualified under the Internal Revenue Code, Sections 401(a) and 501(a).

d.  The value of special rewards for individual invention or discovery.

e.  Payments for dismissal or severance except for time worked or vacation accrued.

g.  Employee discounts on goods purchased from the employee’s employer.

h.  Expense reimbursements to employees if the employer’s records confirm that the expense was incurred as a valid business expense.

Flat expense allowances and reimbursed expenses paid to employees may be excluded from the audit if all three of the following conditions are met:

2)  The amount of each employee’s expense or allowance is shown separately in the records of the employer.

3)  The amount of the expense or allowance approximates the actual expense incurred by the employee in the conduct of their work.

The value of store certificates, credits, merchandise, or any other substitute for money received by employees as part of their pay.

Workers Comp Medical Inflation Much Lower Than CPI Workers Comp medical inflation does not equal overall inflation. The following numbers surprised me.  I was watching

Favorite Workers Comp App – What Is Yours + My Secret

Your Favorite Workers Comp App? – My Favorite Revealed Over a decade ago, I started writing on my favorite workers comp apps – specifically Android

Workers Comp Knowledge – Can You Pass The Test?

The Vexing Part of Workers Comp -Average Weekly Wages – Per Diems – Easy Fix I was reading an article written by John Kamin, Attorney