WCRI (Workers Comp Research Institute) recently published a study that showed the state’s Workers Comp medical costs as some of the higher ones in their recent study of 18 states – called CompScope.

Wisconsin Medical Fee Schedule is now based on the venerable yet more expensive Usual and Customary (U&C).   Using U&C means taking the average medical costs in an area based on a similar phone number prefix or zip code.  Dental insurance companies use this practice often to reprice and pay bills.

I was often brought in by Third Party Administrators (TPAs), Captives, and self-insured employers to negotiate the medical bills after, for instance, a collection attorney was pursuing multiple bills that were not paid up to U&C.  U&C is an opinion-type number.  There are no exact numbers to go by in these collection matters.

A hidden benefit of fee schedules is one that I have written about a few times.  Let us look at the steps in a workers comp adjuster setting medical reserves on a lost time file.   This example is very simplistic, but still a representative procedure.

The date for major reserve setting (60 days) means the adjuster has to usually fill out some type of form that breaks down the indemnity reserves (TTD, TPD, PPD, and PTD) and medical reserves.

Virginia decided to institute medical fee schedules a few years ago. Notice how they moved to a lower-cost part of the chart after 2017.

Check out the chart below.  I like when WCRI concludes the same thing that I do.  See below the chart for some of the WCRI’s conclusions.  You can obtain a copy of the report (worth the cost) here.  https://www.wcrinet.org/reports/compscope-medical-benchmarks-for-wisconsin-22nd-edition 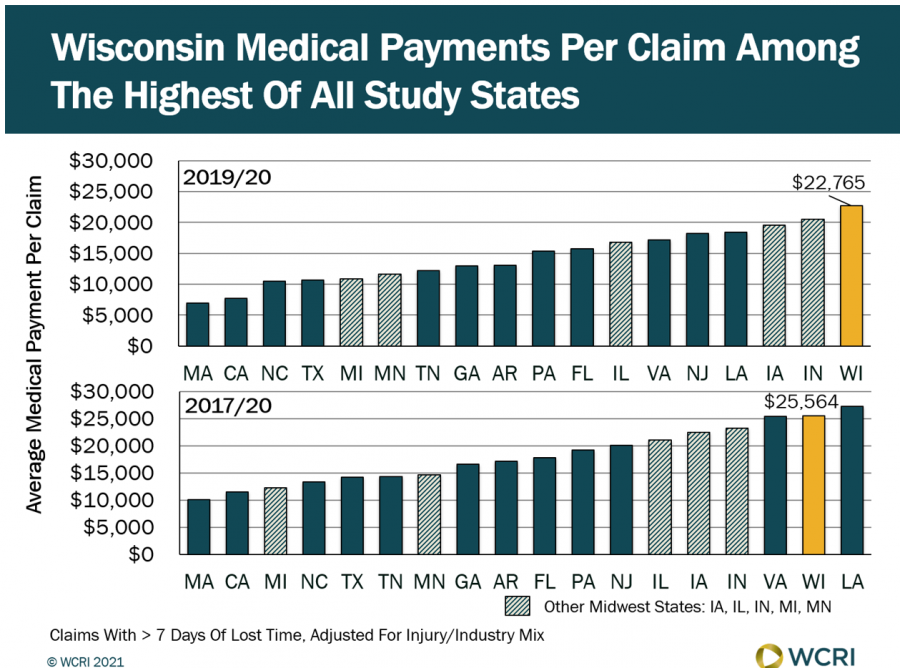 The following are among the study’s other findings:

Workers Comp Consultant – Are You Ready To Start Your Engine? Over the years (since 1996), one of the most popular questions that I have

ChFC Designation Questions I Have Received Over The Years Answered

Why Did I Choose To Attain The Chartered Financial Consultant ChFC Designation? The ChFC designation is not one that you will find as part of

Workers Comp Consultant – Are You Ready To Start Your Engine? Over the years (since 1996), one of the most popular questions that I have