Automated Workers Comp Medical Only Claims Not A Solution Yet

Two different presenters this month spoke on automated workers comp medical only claims.  In fairness to the presenters, I will not mention their names or companies.   Their presentations were better than most that I have seen on this subject. 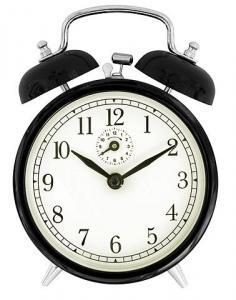 The ideas of claims automation claim analytics and other “no-touch” claims adjusting, and processing have been discussed since the mid-1980s.  Unfortunately, worker’s compensation has not been able to advance as much as health or other lines of insurance since that time.

The Tick Tick Medical Only Claims

Automated Workers Comp medical only claims caught my attention in 2005 when a monopolistic state fund was using a fully automated system – even to set reserves and to send out forms, letters, and to accomplish other daily “mundane” adjuster tasks.

Two members of the Workers Comp press interviewed me on my article.  One reporter agreed with me, the other one not so much.

The system was scrapped in 2008 as the monopolistic state fund ran into many problems including being severely under-reserved on certain claims and over-reserved on many minor claims.   Overall, the fund totals seemed accurate, but the underlying financials made no sense.

The Tick Tick Medical only claims in the above subtitle came from an article I wrote many years ago as a dire warning to medical only claims adjusters, supervisors, managers, insureds, and especially self-insureds.

Any claims person will nod their head that some of the worst claims they have handled originate as minor medical claims.  Without any intervention, these claims were paid and closed with problems still existing before and after closure.

Medical only claim festering(c) was a concept and keyword that I coined 15+ years ago.  In the late 1990s, I decided to start analyzing any injury, type of claim, or any variable that was most common amongst the worst claims.   The claims that reached into my claims authority level (over $75,000) had many similar characteristics.

I covered those in the Six Keys to Workers Comp Cost Savings and even wrote two manuals on them.  The one element that popped up repeatedly for the worst of the worst claims overwhelmingly started as untended medical only claims.   These claims were inherited from another TPA – they did not occur on my watch.

Why did they not occur on my watch? Each claim had a supervisor, adjuster, and medical only adjuster, along with a claims assistant all look closely at every incoming claim.   The claims processing system had a module for automated workers comp medical only claims that we never used on even one claim.

I have reviewed a claims processing system over the last week that may be able to at least reduce the amount of “eyes on the small claims.”   We shall see how that works out.

Workers Compensation Self-Insureds Gripe At Me Most For This One Reason Yes, I admit it.  I often write about Experience Modification Factors, premium audits, and

Medical Only Claims Adjusting – One Super Critical Task To Consider

Report Medical Only Claims – The Devil Is In The Delay Should I report my medical only claims to the carrier? Our newsletter and blog