A large number of personal sensitivity claims have created a large chasm between workers compensation adjusters and employees who report this type of claim. 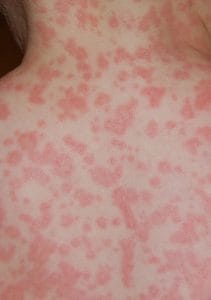 General sensitivity claims can be defined as where the employee reports a claim that may have been caused by exposures that the general public faces and are not specific to the job.

The maddest employees with the smallest workers comp claims come into play when adjusters assess a claim – usually medical only claims – as not being specific to the risks of the employee’s job.

Is it a better risk management technique to accept this claim and pay it rather than have a disgruntled claimant on their hands?

If the company that processes the claim is a Third Party Administrator (TPA), then the employer should have a large say as to whether they claim is paid instead of creating a disgruntled employee situation.   Remember, an adjuster that works in a TPA environment is spending the money out of a self insured’s account.

I remember having an agreement with certain self insureds that personal sensitivity claims are to be paid and not denied.   Some of those very small claims have turned into much worse claims that could not be denied later in the claim.

This type of claim has been ruled on in many jurisdictions.   I cannot make a blanket statement as to which states allow or do not allow the claim.

I wanted to bring this issue to the attention of claims departments, safety managers, risk managers, and our other 7,000 weekly newsletter readers.