Twilight Zone phone calls not only irritate a claims staff.   They can also cost plenty at time of policy renewal.

I coined the term Twilight Zone phone calls many years ago.   I have written a few articles on the subject.   Yesterday, in a presentation, I dusted off the old term as it is so applicable to a communications breakdown between all parties involved in a Workers Comp claim. 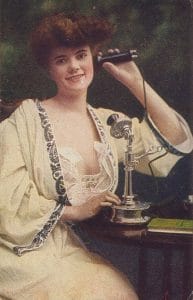 The term refers to a phone call that usually comes in from a medical provider to a Workers Comp adjuster.   You may fill in the blanks at will.

Now, if the claims department received nothing yet from the employer, the call quickly becomes a Twilight Zone phone call which ends up being very costly.

Costly – Why?   Let us go over the nine main reasons.

The employer’s lag time jumped significantly during that time.   Lag time means the days from the injury dates until the insurance carrier receives the First Report of Injury.   If one looks at the file notes, Twilight Zone phone calls were very popular, or what would be considered a trend.

Referring back to the Six Keys mentioned earlier, #1 Timely First Reports of Injury is the least costly to fix and/or sustain for a long period of time.

Almost every  carrier or Third Party Administrator has an online claim reporting system that should be used for all claims.   In fact, quite a few charge extra for claims reported to them on paper.

(R) The Twilight Zone is owned by CBS Television

**Please note the above mini-analysis does not apply in case of litigation.