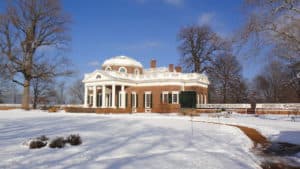 I thought a visit to the Virginia Department of Workers Compensation website would be appropriate.  The fee schedule FAQ can be found here.  The file is a PDF file.

Some of the highlights from the fee schedule FAQ are:

No retroactive charges on old claims –

When will the MFS become effective?  The regulations implementing the fee schedule shall become effective January 1, 2018 and apply to health care services provided to an injured worker for any dates of service on or after this date, regardless of the date of injury

A PPO agreement can exceed the Fee Schedule

The PPO network does not need to be listed (? –  I think) but it should be regardless

What if I access a preferred provider network (PPO), does it need to be listed on the EOR to be reimbursed? The MFS applies in the absence of a contract.

I am sure that WCRI (Workers Comp Research Institute) will produce very interesting numbers soon on the change.

The complete new Virginia Fee Schedule can be found here.   The new Virginia medical fee schedule will be adjusted at the end of the first year with a three month grace period.

US Congress Tax Bill Now Eliminates The Reductions on 401k 403b investment, BUT HOLD ON

The US Congress Tax Bill that I mentioned last week now does not include the 401k 403b plan contribution reductions.   Great!  The Bill contained them at the time I wrote the article.   Now, it is not there.  However, what is not there (pending) is the elimination of the mortgage loan and interest deductions. 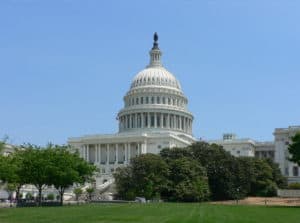 I usually do not write about other matters than Workers Comp.   Last week, and the upcoming weeks may be a good time for you to know what your Congressperson’s and Senator’s phone numbers are for later reference.   Check here for the Senate phone numbers and here for the Congress.

Yes, I do read about tax implications and their effects.  My ChFC allows me to provide monetary advice.  I do that very little now, but like to keep up with what is going on in case I am asked questions on the matter.

This may all change by the time you read this article.   The current items that apply to a large number of people are:

Corrections – OK, so since I start writing and posting  this article last week, the deductions and everything have changed overall.   The Mortgage Interest Deduction is still on for loans up to $500,000.   The Student Loan interest is still subject to being eliminated.    Now I know why I rarely write articles on what the Senate on Congress will do next.

At least the states have the control over Workers Compensation.   For some reason, that seems to be more static than writing about what goes on at the federal level.   Keep this article handy or the one I wrote two weeks ago for at least the phone numbers to your elected Federal Representatives.

Please note that I do not publish any political articles on this blog.   Workers Comp is what this blog is all about day to day.

Workers Comp Markets May Depend On China’s Banking Situation (Really)

The Workers Comp markets in the US have many ratios and market forces that show a soft market.  However, (not to be gloom and doom) one of the least discussed or analyzed market forces (as related to insurance) is China’s bank possible future banking crisis or at least a correction of the money markets in the second largest world economy.

I have written a few articles on China as an influence on the Workers Comp market.   In 2016 a China banking crisis was a concern.   Two years ago, a large selloff  of  China  Treasury Securities  became a concern.   Some of the money markets in the US were affected overall.  The Insurance markets were minimally affected in 2015.

One would think the economy in China would have leveled off by now.   Last week, I came across this article, on China’s runaway debt problem.   Their debt ratio is 260% of their Gross Domestic Product (GDP).    Check out the two charts in the article and the warning from China’ s  Central Bank.

The country that  finances a huge amount of US debt is China.  What happens if China decides to dump or call in that debt?   A quick Google search brought up an article on how much debt the US Government owes to China.   China actually owns 30% of all US foreign debt.   Wow!   China even wants to replace the dollar with its currency the yuan as the world currency.  Ouch!   No, really, that is one of their goals.

The country that holds the world’s currency automatically has a leverage.  The saving grace right now is the current return on the stock market.  Do not fool yourself to think that insurance companies invest only in 100% low return safe investments.  That is just not true.

The workers compensation carriers want to maximize their return on incoming insurance premiums and investments such as annuities.

I will monitor China’s money markets to see if they are going to affect the workers comp markets. 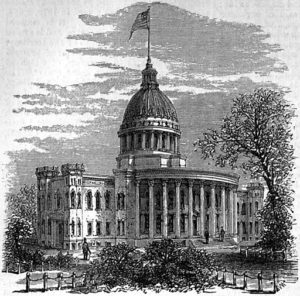 One of the easiest ways to cut Workers Comp costs in a state is to enact a fee schedule.   I have written many posts on fee schedules as a way for  a State House and Senate to reduce A Wisconsin medical fee schedule is long overdue.   When State Representatives and Senators become Risk Managers, the results can be lacking at best.

The State of Virginia enacted a fee schedule which was surprising to me at the time.   We shall see how their medical costs change over the next few years.

However, medical fee schedules are State Government based  Risk Management at its best.  Reducing the bills upfront lets the providers know what they will be paid and allows claims staffs to better reserve the claim files accurately.

WCRI has confirmed this delineation between fee schedule and non-fee schedule states.  Their newest study on the lack of a Wisconsin Medical Fee Schedule proves my point. 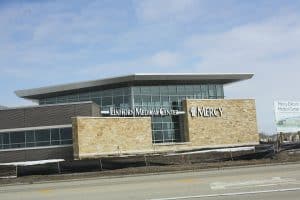 The study, CompScope™ Medical Benchmarks for Wisconsin, 18th Edition, examined the costs, prices, and utilization of workers’ compensation medical care in Wisconsin in comparison with 17 states.

The following are among the WCRI study findings:

WCRI studied medical payments, prices, and utilization in 18 states, including Wisconsin, looking at claim experience through 2016 on injuries that occurred mainly in 2010 to 2015. WCRI’s CompScope™ Medical Benchmarks studies compare payments from state to state and across time.

To purchase this report, visit https://www.wcrinet.org/reports/compscope-medical-benchmarks-for-wisconsin-18th-edition.

Our Safety Consultant Glen Disagrees With Using Mod As Only Bellwether

Our safety consultant, Glen, sent over an article in response to a recent article by me.   I always like to hear from the Safety realm as that is where a company can save on Workers Compensation premiums on the front end. 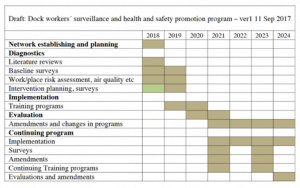 Several weeks ago, an article was written on this blog stating that the experience modifier number (X-Mod) was the single best data element to determine if a company has a good safety program. While I don’t disagree with this statement, I am reluctant to embrace it fully.
When passing judgment on the merits or lack of merits of anything, one must find more than one data point. One item is like a dot on a piece of paper, but if we have three or more data points we can connect them into a meaningful shape.

Here are a few other things to look at in the analysis.

The law requires this document to name a specific person as the IIPP coordinator. If people in the company knows who the IIPP Coordinator is, chances are he/she is bringing his/her message to them in an effective way.

In closing, I think of the expression, “one drop of rain does not make a storm.” In like manner one number is not enough to lead to a solid conclusion.