IBNR Can Be Frightening To All Parties

IBNR (Incurred But Not Reported) can be one of the most frightening aspects of the Workers Compensation system as a whole.  I often hear the term bandied about in WC “techie talk” conversations.  All parties in the WC system need to be aware of these claims. 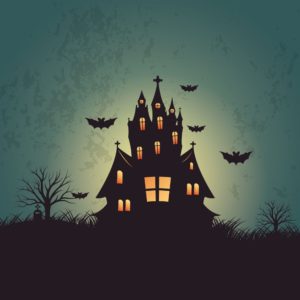 I used to ignore the term as just being another term that confuses people.  I had thought it was not important enough to mention very often when this blog was started in 2007.

The definition of IBNR claims is basically claims that have occurred which have never been reported to an employer or carrier.    How does this affect each entity in the WC process?

Injuries such as carpal tunnel; a worker’s back that has been strained several times; a trucker that has to haul loads on a very dangerous route, can all be thought of as a claim “that is waiting to happen.” The even scarier ones are where the employee decides to “work through” the injury.  The accident has occurred but the employee just does not report it to their employer.   Employers usually find out about these claims when there is a layoff or the person no longer works for that employer.

Many formulas (regression, triangulation, etc.) have tried to assist in assessing how many claims a carrier or TPA does not have that are “not on the books” such as the prior example where an employee has not reported the claim to their employer.   The other conundrum for carriers/TPA’s is when the employer decides to pay small claims and not report them to their carrier.  This violates one of the Five Keys To Saving on Workers Comp Claims that I wrote many years ago.  I coined the term “claims festering.”  This is a claim that has occurred and was reported to the employer, but not reported to the carrier.

These two groups have been left to rectify and quantify the IBNR claims.  There is a very large amount of reference data in existence.  However, trying to assess something that does not yet actually “show in the numbers” is a tough task at best.

This is a term that leaves actuaries, insurance carriers, rating bureaus, and regulators scratching their heads.   Incurred But Not Enough Reported (IBENR)  will add adjusters to the mix.  A claim may have been reported, but not yet reserved properly.  IBENR really can be affected at all levels of the WC insurance process.   I actually accidentally found this term when I googled IBNR.

The bottom line is to watch out for IBNR – better known as the claims goblins.